I am dream" - Public guerilla intervention - 27 x 3 x 3 m. Now that most cultural free spaces are gone, artists should be free to start transforming public space into free space. #redreamyourcity

I realized that for people outside of the Netherlands the 'I am dream' public guerilla intervention was difficult to understand, because they do not know the background of those letters, so wanted to explain a bit more. Hopefully it's not TLDR (Too Long Didn't Read).

The city of Amsterdam has in recent years been struggling with its popularity and the increasing influx of tourists and at the same time in an ongoing proces of gentrification the last free artist spaces here inAmsterdam have all been disappearing this year. Centre of Amsterdam citymarketing are the iconic "I amsterdam" letters on the Museum Square. Hundreds (actually more like thousands) of tourists take selfies with those letters each day. 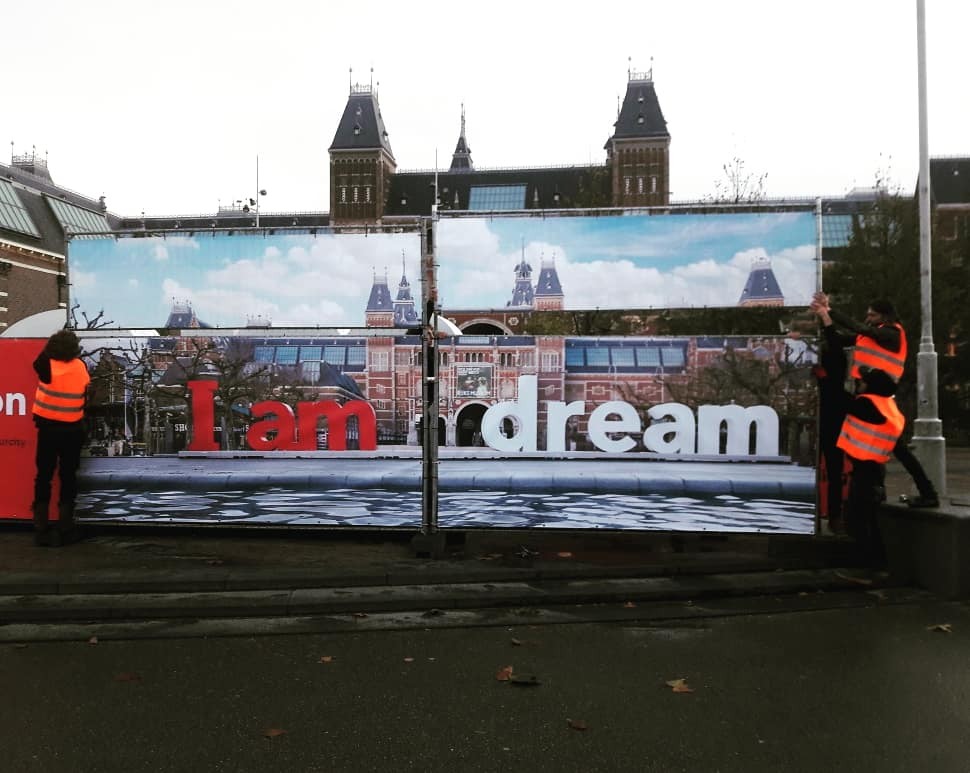 Last Wednesday 7 AM we gathered with a team dressed in working clothes and fluo orange vests and made those letters invisible by surrounding them with 3 meter high fences with banners. The banners had a Photoshopped version of the 'I amsterdam' letters which spelled 'I am dream' and the other banners said "coming soon" and "temporarily closed for rebranding". As if the city government had decided to hire an advertising firm for a lot of money to rebrand the city

We used hashtag #redreamyourcity, which sounds both as an advertising slogan and refers to 'reclaim your city' for those who are into activism. I liked the fact that 'I am dream' refers in a tweaked way to 'I have a dream' by removing two letters from the original and swapping two others. As if this would attract more conscious and 'hippie' tourism......

I actually had been playing with doing something with these letters last year already. This idea involved fences with barb wire and sheep. Wanted to share those as well ???