Melkweg and Paradiso with Def P

Right after the corona lockdown was announced in The Netherlands, I joined forces with Def P to celebrate Paradiso and Melkweg; two of the city’s most iconic music venues, which were facing months of silence because of the virus. 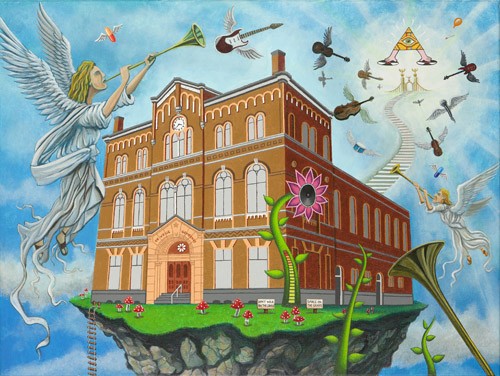 We collaborated in true Corona fashion - collaborating apart together. I started by painting the Paradiso building, Def P did the same with the Melkweg and during the painting process we exchanged the paintings several times. The two works were finished during a live stream event from Paradiso on April 24th. It felt pretty weird to be the main act in an empty Paradiso on a Friday night... 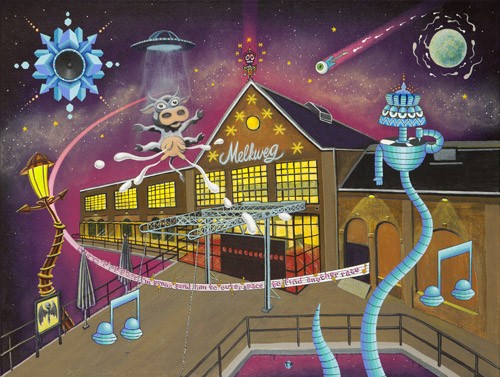 It was our first collaboration after our painting for the cover of ‘Geendagsvlieg’, the 1997 record from Def P’s notorious rap group Osdorp Posse.

Both artworks are available as a 60 x 80 cm poster from Mary Go Wild. 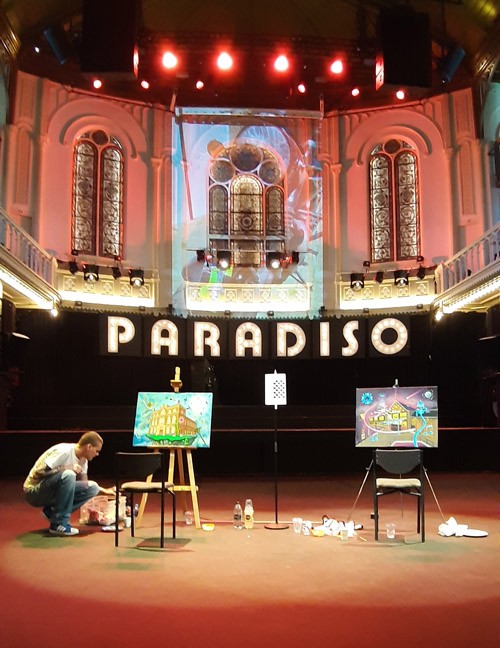